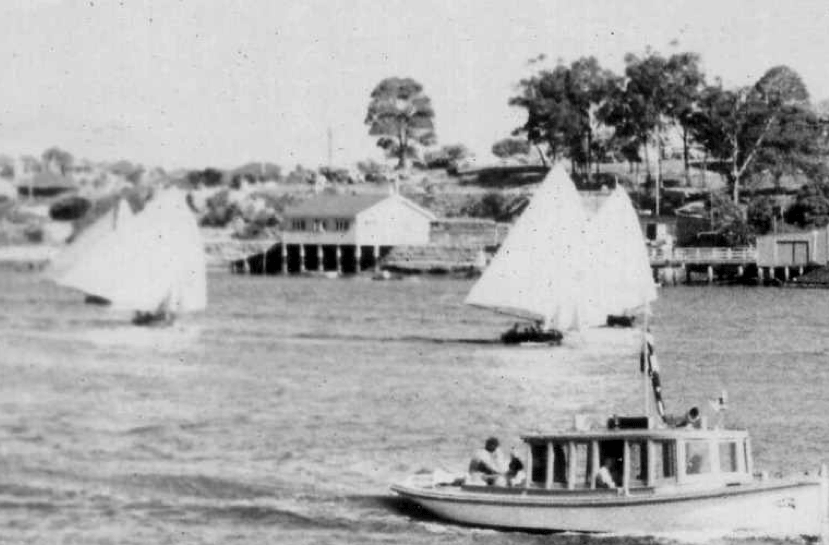 For many years the club did not have a dedicated clubhouse. In the years between 1945 and 1954 the club members made many attempts to seek a location for a clubhouse in Gladesville, Hen and Chicken Bay, Kendall Bay, Quarantine Bay, Battersea Park and then eventually Abbotsford Point Park (now Werrell Reserve and the site of the current clubhouse). Construction began in March 1954 and much of the clubhouse was built by the members during a series of 'Working Bee' days. The club was officially opened on Saturday September 4th 1954.

Over the twenty years following the opening in 1954, a series of extensions were made to the club. In 1961 the club was extended with a new mezzanine area for a kitchen and club room, new area for the storage of boats and the ramp was extended. In 1967 the boat storage area was extended again and additional piers were sunk to extend the base of the boat shed. In 1975 the final extension was added which saw the original hipped roof removed and replaced with a flat roof, the upstairs area expanded and a starters box added.

On 11 October 2014, we will celebrate 60 years of the clubhouse. Photos from the clubhouse construction are under the "historic photos"

Over the years the club has hosted many different classes of boat including Vaucluse Juniors, Thorpe 12s as well as the classes sailed today. In 1959 Sabots were introduced at Abbotsford and ever since the club has been an important member of the class association. Flying 11s have sailed at Abbotsford since 1975 when the popularity of the Thorpe 12 slumped. Sailboards first came to Abbotsford in 1978/79.